Arellano University (AU) is a private, coeducational and nonsectarian university located in Manila, Philippines. It was founded in 1938 as a law school by Florentino Cayco, Sr., the first Filipino Undersecretary of Public Instruction. The university was named after Cayetano Arellano, the first Chief Justice of the Supreme Court of the Philippines.

Arellano University is formed by five academic clusters that cater to undergraduates and postgraduates. Two clusters, the Allied Medical Services and the College of Business and Technology, are formed by one or more colleges, schools, or an institute. Arellano also has its own elementary and high schools. All academic programs are offered across its six campuses. Florentino Cayco Memorial School of Graduate Studies on Education is the graduate school of AU. It was named after the founder of the university and offers Education-related advanced academic degrees.

The Arellano University School of Law (AUSL), established in 1938, is the law school of AU and is managed by the Arellano Law Foundation, a non-stock and non-profit corporation established by alumni of the university. It is one of the oldest law schools in the Philippines and rose to prominence by producing successful graduates that mold the political history of the country.The College of Arts and Sciences is the liberal arts school of AU.

The College of Education is the normal school of the university. AU's two elementary schools (Manila and Pasig campuses) and three secondary schools (Manila, Pasig, Pasay and Malabon campuses) serve as the college's laboratory school. Education students of AU are exposed to international education through its partnership with Hailida International Kindergarten School in Shenzhen, China. College of Nursing leads to the degree of Bachelor of Science in Nursing with an option to finish to complete and earn degree from Edith Cowan University in Perth, Australia. The College of Allied Medical Services is composed of five colleges and one diploma program: the College of Physical Therapy, College of Nursing, College of Radiologic Technology, College of Medical Laboratory Science/Medical Technology, College of Pharmacy, and the diploma program in Midwifery.

The Research and Publications Department (RPD) is the official research department of the university. Arellano is one of the member higher educational institutions (HEI) of the joint DLSU-CHED Zonal Research Center.

The Arellano University Chiefs are the varsity athletic teams of the university which is a member of the National Collegiate Athletic Association (NCAA) since joining in 2010 as a probationary member. The Chiefs attained regular member status in NCAA Season 89 on April 2, 2013.The Chiefs also played in the NCRAA, NAASCU, Shakey's V-League and the Fr. Martin's Cup. The Chiefs are also a member of the Development League of the Philippine Basketball Association. The name Chiefs was adopted in honor of the university's namesake Cayetano Arellano, the first Chief Justice of the Supreme Court of the Philippines.

Arellano University is in the rank 87th in the Philippines and 9903th globally. (According to UniRank)

Transfer credentials from the school last attended, such as the following documents:

Before a student of the University gets promoted to the next academic level, he or she must satisfactorily comply with the requirements of the curriculum for the previous year level. This entails completion of the prescribed subjects in the previous year level, such as those in Level 1, prior to promotion to Level 2; satisfactory completion of Level 2 requirements before getting promoted to Level 3, and so on.

Cross enrollees (students of other schools seeking admission to the University after the first term in any given school year) must submit a permit to cross-enroll from the school of origin, stating therein the subjects to be taken and reason for cross enrolment.

Trainees and seminar participants should comply with the requirements specified in the agreement, contract, or similar instrument of authorization regarding their training in any unit of the University or participation in any seminar conducted at the University.

Persons affiliated to the university, either as students, faculty members, or administrators, are known as Arellianites and/or Arellanistas. Throughout the university's history, faculty, alumni, and students have played prominent roles in many different fields. Prominent alumni of Arellano in the film and media industry include Bayani Agbayani, Joey de Leon and Ted Failon. Public servants who have attended Arellano include lawyer Higino A. Acala, Sr., former Senator Rodolfo Biazon, former 4th District of Manila Congresswoman Trisha Bonoan-David, and Francisco Domagoso, former actor and mayor of Manila.

University of the Cordilleras 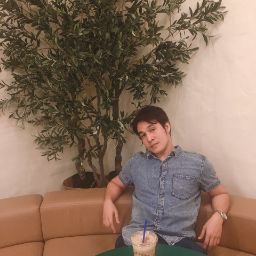